Should I Play On My Own Bankroll, Or Get A Staker?

(Enjoy in 720p and check out the transcript below)

Today’s question comes from Jesse C and Jesse says, “Hey SplitSuit, I have a general poker question. What would be your advice for a player who has been reasonably profitable for quite a sustained period of time. Would you recommend playing for a backer or just look to build your own bankroll on your own?”

So Jesse, that’s a great question and there’s a bunch of things that you have to consider in a situation like this. First and foremost, it sounds like you’re a proven winner and that’s obviously a great thing. Then, if you’re considering going with a backer, I would always ask why? What’s the benefit in that situation? Obviously what a backer would normally bring to the table—and for those of you that don’t fully understand this, a backer is someone who fronts you essentially your poker bankroll and usually they’re helping you get to higher limits. They get a percentage of your winnings and obviously the exact deal is always worked out specifically between you and your backer and it can certainly change from person to person, but that’s essentially what backing is. It’s kind of an ability to play on someone else’s money, either partially or fully, in an effort to get you up the limits and obviously at that point it’s really just a math decision. 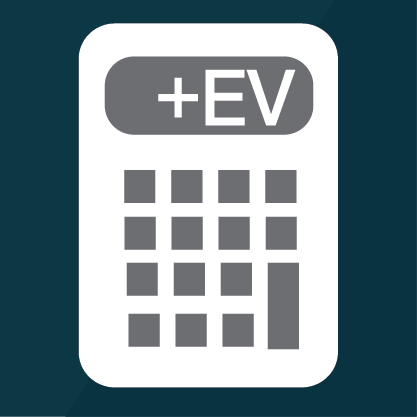 There’re a bunch of things you need to consider with a backer. Obviously they do offer capital and capital is great, but you need to look at the deal. Are you going to be getting 50%? Are you getting be less than that? Are you getting less than that for a period of say the first 50,000 hands and then it changes? Does your percentage change based upon your exact win rate? All those things need to be hammered out in advance, you need to know all of these things before you even get started.

Other than just capital and percentages, there’s other things that your backer can or should be bringing to the table. Things like coaching, are they going to go over your hand histories, if so, how often? Are they going to go through your poker database? If so, how often? Do they have a specific coach for their stable? Do they put you in contact with other people that they’re backing so you guys can start to create a little network and start to kind of help each other? So it’s more and it should be more than just money and percentages. There’s other things that you want to look for in a backing agreement, in a staking agreement or anything like this.

So make sure you hammer out all these details with your backer first. Even when you’re just in the “should I” or “would this be a good fit for me,” stages. Definitely make sure you talk with a couple different backers, feel out the deal and see if that’s going to fit well for you. Some backers may require you to play a tremendous amount of volume and maybe that’s unreasonable for you or maybe you think that by hitting that volume, you’re going to take a major hit on your win rate because you’re not going to be as focused for those last couple of hours, those last couple of hands. Factor these kind of things in first and be honest with your backer. I cannot stress that enough.

I’ve done staking in the past, both getting staked and also staking others, I’ve done the same thing in cash games. Just know that you NEED to have a very, very open, honest conversation with your backer before you even get started. What are they bringing to the table, what are you bringing to the table, you guys kind of figure out a deal that’s going to be personalized to you ideally, and then you go from there. But again, you still have to factor, is that going to be the best bet versus just continuing to play on your own money and building your bank roll the traditional way, which is solely on your own play and your own bank roll.

So me personally, I usually prefer playing on my own poker money, it’s just more comfortable for me. You’re a proven winner, just keep building your own bank roll, you’ll get there when you get there. Getting a backer is certainly a valid idea but the big thing that I’m going to stress here is an open and honest conversation at all times with a backer, but just have open and honest conversations early in the interview process when you’re considering a backer, talking about the deal, understanding everything, most professional backers are going to have some sort of contract, so be prepared for that, make sure you read it really well and then just in general, open and honest conversation in these situations. That will make it a really, really healthy relationship with you and your backer and that’s what you always want, especially when it comes to money.

Hopefully that kind of gets you started in a situation. As to which one you should personally do, I can’t tell you, that’s totally based upon you and the math that you run out in this situation. It could be best, it could be not so good. Just in general, now you know what to consider in these situations and again, an honest and open conversation is going to be the best policy in this situation at all stages of your backing relationship.

Jesse, thanks for the great question and hopefully that gets you started!