Should You Play Weak Ace Hands?

Playing strong aces, like AQ or Ace King, is easy. But should you play weak ace hands? Hands like A2-A8 have been creating confusion for years, and I thought it was time to make a video really exploring these tricky hands. In this video I show you how these hands really hit flops and how to visualize their money-making ability. Or if you prefer to read, check out the script for the video below!

Hello, and welcome to today’s Quick Plays video on the science of weak Ace hands. These hands, also referred to as rag aces, consist of A2-A8 suited and off suit. In this video we’ll analyze how these hands hit flops, understand their playability, and use that information to recreate a preflop plan!

For this video we are going to use the tool Flopzilla. This is a paid-piece of software that you can pick up from flopzilla.com, and I’ve done an extensive video using this software as well. You can learn how to use this software with this free Youtube video. In Flopzilla we can plug in a single hand on the left and we will get a full breakdown of how the hand hits the flop on the right. So let’s get to work!

The term weak, or rag, ace encompasses a few categories. There are suited and unsuited Ax hands, and then there are big and small ones. It’s important to understand this since there is a difference between A7o and A3s. Let’s start by looking at a hand like A6 off suit. When we plug A6o in on the left, we see how it hits flops along the right.

Notice that it smashes the flop with two pair or better only 3.5% of the time. So many players make the mistake of over-estimating how often starting hands flop something huge, but you won’t make that mistake going forward.

Then we see A6 hits second-third pair about 12.5% of the time. It flops a couple of gutshots, almost no draws, and misses the flop entirely about 2/3 of the time. The last piece of the puzzle is the top pair, which A6 flops about 16% of the time. If nothing else, it’s important to understand how the hands you play hit flops…as this knowledge can help you choose better lines preflop.

If we switch over to a different Ax, say A4s, we notice that things change a bit.  A4s smashes the flop with two pair or better 4.6% of the time (a 31% increase over the A6o). It flops second-third pair about 14% of the time, and top pair 15%. But because it’s suited it now flops a flush draw at 11%, and because it’s connected it flops a gutshot 12% of the time.

We notice that overall these miss about 2/3 of the time and catch varying hand strengths the other third. But the big issue is HOW these hands play when they do hit a single pair. When playing a weak Ace, pairing our low card is usually going to be second or third pair. And while it’s a weak pair on the flop, the turn and river will put more overcards up quite often.

So our weak pairs aren’t usually going to feel very comfortable postflop, but what about when we pair our Ace? Well, the issue still relates back to our other weak card which now presents a kicker issue. If we have a hand like A♥ 5♥ and the flop comes A♣ J♠ 6♠, are we really looking to create a big pot? Probably not.

Another issue with the flush draw element is that everyone and their mother can recognize 3 to a flush on the board. So while weaker players may pay you off the rare times you hit your flush, better players are less likely to give you the implied odds you really need. Always consider your opponents and their likelihood of paying you off, rather than just considering those pretty suited cards.

At this point you are probably asking yourself if you should even enter pots with these hands. To that I would say; weak aces should be played aggressively far more often than they should be played passively. I rarely call raises with these hands preflop since they hit so poorly postflop. If I do call, it’s with a plan on how I can make money even the times I totally miss the flop. I do tend to limp suited Ax hands behind from late position if there are multiple limpers…but that’s about the extent of my preflop passivity with these hands.

These hands perform much better with aggression. When you are aggressive preflop you could pick up the pot immediately, or use your initiative to fight for the pot postflop when you miss. This doesn’t mean that we want to open-raise every weak Ace from every position…but looking to either raise or fold these hands is almost always better than looking to limp or call. 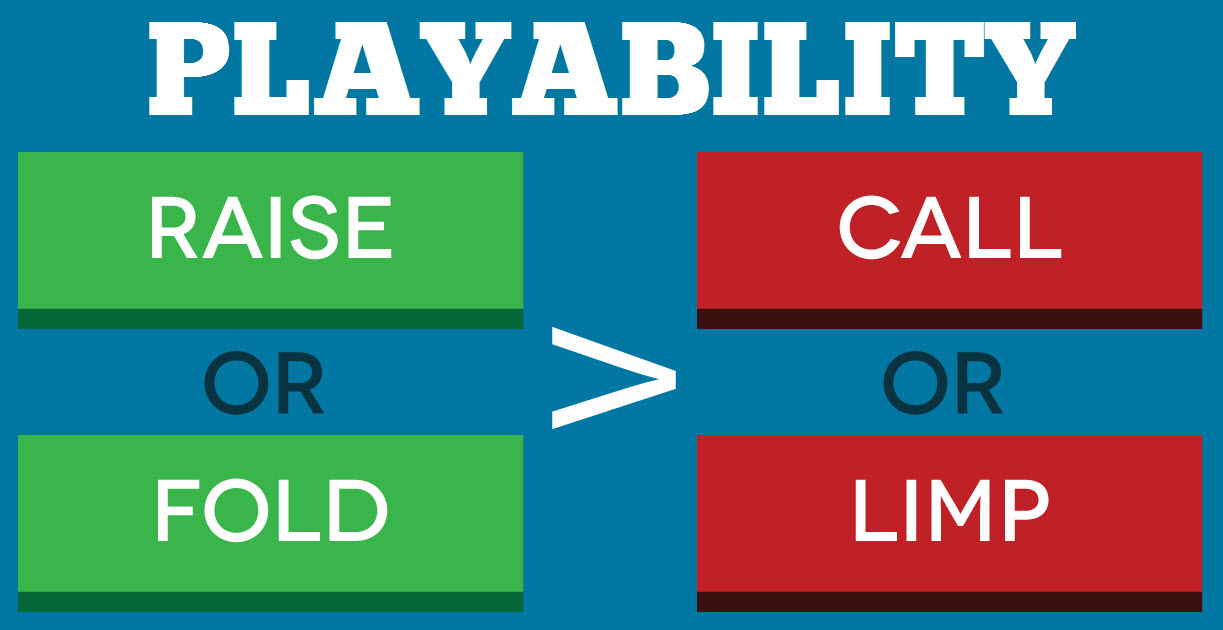 The real goal of this video is to make sure you fully understand how these hands hit flops. And with that knowledge, you can make better decisions preflop when deciding if you even want to get involved in a hand. Due to the fact these hands hit flops so weakly, and even when they flop pairs they are usually problematic, these are hands we should play rarely. And when we do play them, aggression goes much further than constantly playing them passively!

Same as always, if you have any questions please don’t hesitate to let me know…otherwise, good luck and happy grinding!